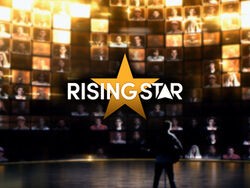 The fifth episode of Season 1, aired on July 20, 2014. It took place in Hollywood. It was the second duels episode. 4 performers moved on and 2 performers were eliminated.

Aqua = The performer was initially eliminated but was later saved by the West Coast's vote.

Retrieved from "https://risingstar.fandom.com/wiki/Episode_105?oldid=4760"
Community content is available under CC-BY-SA unless otherwise noted.